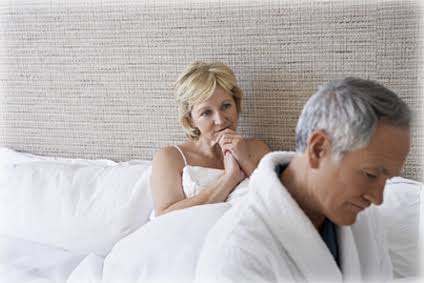 The word “libido” often has people scurrying for cover. Put the word “low” in front of it and the sound of silence is deafening. While many of us don’t mind talking about sex (“we love it!” “we’re good at it!” “we’re having lots of it!”), talking about a lack of desire to usually makes us a little more reticent – particularly if we’re in a relationship. But, actually, simply talking about the reasons for a low sex drive with a partner can ironically be the catalyst for change – promoting intimacy, understanding and, in many cases, a return to the good old days!

The Low Down on Low Libido

There are myriad reasons why women suffer from a decrease in sexual desire – some physiological, some emotional and some situational. Just like our personalities, when it comes to how much sex we “should” be having, we’re all very different sexual beings. But if you’re in danger of forgetting how to have an orgasm and you can’t even muster the energy to care, it’s time to get to the root of the problem.

Certain physical changes, illnesses and even medications can affect libido. If you feel sexually inadequate and think you don’t know how to have an orgasm (due to inexperience or lack of confidence) that’s naturally going to have an effect on your desire.

Diseases like diabetes, arthritis, high blood pressure and neurological problems can affect desire, as can surgery – especially if it was close to, or involving, sexual organs.

Physical fatigue can also be a huge dampener and can come from many directions: looking after children, overwork, illness or caring for older parents, for example. Over-indulgence in alcohol, drugs and even smoking can also all play a part in a lack of arousal.

There’s no delicate way of putting this: hormones can be hell. While what happens during “that time of the month” is pretty well-documented, what about “that time of your life”? Menopause and pregnancy are two of the most fraught times of a woman’s life – hormonally speaking. Menopausal women quite often suffer from vaginal dryness due to a drop in estrogen, which can lead to painful sex and a lagging libido, while pregnancy and breast-feeding can play havoc with even the happiest of hormones. (For new mums, a lack of sex drive can often be attributed to a combination of fatigue, poor body image and hormonal changes.)

Lack of sexual desire isn’t always physical, though, and it often parallels psychological issues. Stress, anxiety and depression are major factors in the cause of low libido among women and, while usually temporary, if not addressed can turn into a long term problem. More difficult to face up to, though, are deep-seated problems relating to sexual abuse, negative sexual experiences, low self esteem and poor body image. Learning how to have an orgasm without guilt or embarrassment can be very difficult for women with unaddressed psychological issues, which, naturally leads to reluctance to be intimate.

Of course that’s not strictly true! However, relationship issues can be a major cause of low libido. For women, sex and love (or at least emotional intimacy) go hand-in-hand, so if there’s a disconnect, trust issues, unresolved conflict or a breakdown in communication regarding sex itself

, desire can wane in direct proportion with the state of your emotions.