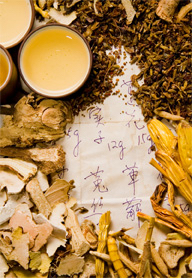 Many people are turning to herbal remedies to treat everything from the common cold to serious disease. It is estimated that nearly half of all Americans use some sort of herbal medicine or herbal supplement.

According to University of Maryland researchers, many conventional doctors are beginning to integrate alternative medicine into their practices. Pharmacists stock their shelves with herb-based pills, and Americans frequently demand that insurance plans cover more alternative treatments.

Of course, everyone should consult a doctor before choosing any herbal remedy, especially if they take conventional medicine. But here are some herbs that studies suggest are effective in treating ailments:

– American ginseng. An herb used in medical practice around the world, American ginseng has long been stocked in health food stores and vitamin shops. Now, the University of Chicago Medical Center plans to study the herb’s possible anti-tumor effects.

– St. John’s Wort. One study published in the Cochrane Review, a journal that analyzes medical and scientific studies, found that St. John’s Wort is effective in treating depression. Scientists analyzed 29 studies and compared the St. John’s Wort, placebos and standard treatments. St. John’s Wort not only treated depression, but gave patients fewer side effects. Scientists believe that the herb works in the same way as anti-depressant drugs, by increasing serotonin levels in the brain.