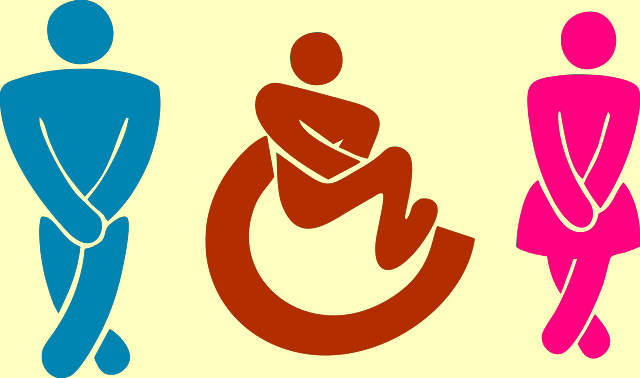 Urinary Incontinence is when there is excretion of urine involuntarily. It is not a disease itself but it can be an indication of an underlying problem, which can be treated. It is more common in women than in men and both young people and old people can suffer from it although it is more common in older women. However, it is not part of the ageing process. It is estimated that more than about 13 million Americans suffer from urinary incontinence. Since it is such an embarrassing topic for most sufferers, they do not like to even talk to their doctors about it. But one must keep in mind, the quicker your doctor knows about your condition, the quicker he will be able to treat you.

. When children suffer from urinary incontinence, it may be for several reasons. Very often young children have the tendency to wet the bed at night in their sleep. These children may be slower in developing the brain control, which is needed to allow retention of urine all night long. Urine production in these children may be more at night too. Day time incontinence in children may be owing to some kind of development abnormality or have a urine infection. Bed wetting in children is generally a temporary condition and will pass away as they grow older.

. Medications – Some medication such as sleeping pills, muscle relaxants, antidepressants, high blood pressure drugs, medications for heart condition all can give rise to urinary incontinence.

. Constipation – The rectum and the bladder have common nerves as a result when you get constipated it causes over activity of these nerves and causing urine leakage.

. Fluids – If you suffer from stress related incontinence consuming a large amount of water in a short time causes the urine in the bladder to increase thereby putting more pressure on the pelvic floor which may then cause leakage.

Caffeine containing substances such as tea, coffee, coke all make the condition of incontinence worse as caffeine is a diuretic, which makes the kidneys produce more urine and thereby leakage is easier. Caffeine also affects the bladder muscle.

Consuming alcohol can be another cause for incontinence as alcohol is also a diuretic and which stimulates the kidneys which in turn produces more urine.

. A very common cause of urinary incontinence is urinary tract infections.

. Over-activity of the bladder can also cause incontinence. Smoking is one such reason people may suffer from an overactive bladder as nicotine has an effect on the bladder muscle.

. Pregnancy – Pregnancy can lead to incontinence owing to the following, that is, bladder control nerves may be damaged, pressure of the fetus on the pelvic muscles, urethra and bladder, vaginal delivery causes the nerves around the pelvic floor to become bruised and stretched and also a cut is made in the muscle which enables easier delivery.

. Menopause – When you reach menopause, the hormone estrogen is not produced any more. It is believed that the vaginal tissue weakens owing to this loss of estrogen production. This causes incontinence.

. Incontinence can also occur after radiation or surgery in the treatment of cancer of the prostrate.

. Surgical removal of the uterus may sometimes cause damage to the muscles or the nerves of the urinary tract thereby leading to incontinence.

. An enlarged prostate in men causes the urethra to constrict and blocks the flow of urine. This is another reason for urinary incontinence.

. Inflammation of the bladder wall owing to unknown reasons is also another reason for incontinence. This occurs more frequently in women.

. Obstruction to the urinary tract owing to the presence of tumors can also cause incontinence.

. Diseases like Parkinson’s disease, multiple sclerosis, a stroke or injury to the spinal cord can also be another reason.

. Diseases like arthritis, which sometimes disable an individual from getting to the toilet in time, can also be a cause.

Your Independent guide to Incontinence [http://incontinence-guideto.com/]