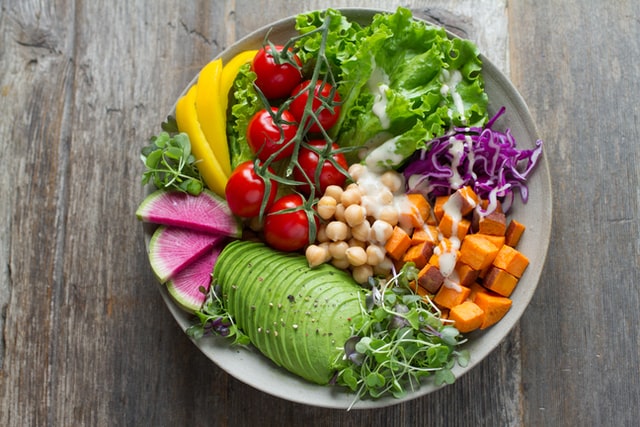 There are many benefits to being a vegetarian. Here are some of those benefits according to experts.

1. You’re reducing your carbon footprint. A vegetarian diet contains much less meat than a meat-based diet, and as a result, you’re helping to reduce greenhouse gas emissions.
2. You’re helping animals. By not eating meat, you’re saving animals from being slaughtered and made into products such as leather products or petfood. Some vegetarians go even further and avoid products that have been tested on animals, such as cosmetics or clothes made with animal fibres.
3. You might be healthier. A vegetarian diet is more likely to be high in fiber and other antioxidants, which can protect against disease. In addition, some vegetarians find that they have lower rates of heart disease, stroke and some types of cancer than people who eat meat regularly.
4. It’s good for the environment. The livestock industry is one of the leading causes of global climate change, due in part to the huge amounts of manure produced by cows , sheep, pigs and other livestock. Producing the feed to support such a large industry can also be extremely damaging to the environment: it requires vast amounts of land and water that could be used by humans for food crops, or in agriculture.
5. You’ll likely lose weight. A 2010 study in The American Journal of Clinical Nutrition found that vegetarians tend to weigh less than meat-eaters, possibly because they consume more fruits and vegetables.
6. You’ll have more energy. A 2006 study in The International Journal of Sport Nutrition and Exercise Metabolism found that vegetarians have lower levels of cholesterol and blood pressure, which may be because they don’t eat saturated fat.
7. You’ll have a healthy heart. A 2009 study in the European Journal of Clinical Nutrition found that vegetarians have a lower risk of heart disease, partly because they tend to have lower blood cholesterol levels.
8. You’ll avoid toxins. Many types of meat contain harmful toxins, including arsenic, lead, and mercury. By avoiding these toxins, you’re reducing your risk of health problems like cancer.
If you are considering whether or not to become a vegetarian, it is important to be aware of the pros and cons of this lifestyle choice. It can be helpful to speak with a nutritionist about whether or not becoming a vegetarian is right for you, as well as taking into account your personal dietary needs.

One vitamin vegans must not ignore

Famous celebrities who are vegan